No two letters tickle or titillate India’s bleeding heart elite than M for Muslim and K for Kashmir. Legitimate and well-documented criticism of extremists and stone-pelters and illegal immigrants such as Rohingya Muslims flooding the country throws them into a tailspin. They dismiss the harm to Indian soldiers in encounters and the threat to the Indian security system from religiously motivated terrorists as ‘chalta hai’. They take to the social media, television debates, columns and blogs to defend the so-called seekers of shelter in refugee garb.

Citing ethnic and religious affinities, they whip up organised frenzy against ‘growing intolerance’ and ‘persecution of minorities’. ‘Whataboutery’ is the excuse of the day. The secular intelligentsia use facile arguments such as “if Hindu refugees from Pakistan are welcomed, why should India be hostile towards Rohingyas?” They deliberately ignore the fact that Partition involved a traumatic exodus between two parts of undivided India, before Pakistan was even born.

Those who crossed into New India were Indians, though they were labelled refugees for official rehabilitation purposes. They didn’t change their citizenship. They were Indians before 1947 and remain so. On the other hand, Muslims who crossed over from India were not called refugees in newborn Pakistan, which was created on the basis of religion. Hardly has any Muslim left their ancestral habitat to settle in India—logical, considering Pakistan was carved out of India to create a Islamic nation. But India chose to be secular and supported Muslims who did not wish to move to Pakistan to stay on in the country.

Logically, oppressed and suppressed people, such as the Hindus during Partition, should migrate to a nation most suited to their lifestyle, faith and culture. But why do Muslim refugees invariably seek asylum in non-Islamic nations in Europe and Asia, instead of the Middle East or Pakistan? Why do Rohingyas settle in the sensitive Jammu and Kashmir state, instead of moving to Pakistan or Afghanistan? It’s not that they don’t try. They are simply not welcome. By 2013, Bangladesh had closed all the entry points to Rohingyas, burdened by the massive influx into refugee camps in their territory. The Malaysian Navy has stopped them from disembarking on the Malay coastline. The Indonesian government warned fishermen against rescuing and bringing Rohingyas into the country.

The large-scale illegal migration of Muslims to greener pastures is not confined to Rohingyas. Muslims fleeing dictatorship, terrorism and war in various Islamic countries have been denied refuge by rich Islamic nations. Ever since the rise of terror outfits such as Al Qaeda and IS, over half a million Muslim men, women and children have fled Syria, Yemen and other Middle Eastern nations to Europe, instead of the 50-odd Muslim-majority countries.

Of the estimated 15 million such immigrants, fewer than three million have been given shelter by rich Arab nations. It is evident that even the worse kind of persecuted Muslim refugees do not trust countries of similar faith as comfortable and secure destinations to spend the rest of their lives. Instead, they make for non-Islamic countries to spread their religion and gain wealth and good education. It is, therefore, understandable that host governments should consider them a threat to national integrity and security as well as an economic burden.

But logic and facts are alien to liberal lamenters hostile to the idea of nationhood based on cultural identity and religious, historical homogeneity. India is a singular example of unity and diversity derived from its 5,000-year-old heritage of inclusiveness and tolerance. But vested interests, which seek to divide it again along religious affiliations, have been exploiting its patience as its weakness. India is now a reluctant home for over four million illegal immigrants from the neighbourhood.

Now that stone-pelters in Kashmir have been silenced and tamed, professional secularists and their political icons have taken up the ‘noble’ cause of allowing Rohingyas to live and flourish in India even at the cost of national security. Since consistency has never been a virtue, a few of them even sought the withdrawal of the Noble Peace Prize awarded to Myanmar’s State Counsellor and Leader of the National League for Democracy of Myanmar, Aung San Suu Kyi, for terming the Rohingya crisis as “the biggest challenge we have had to face.”

She defended her government’s tough stand by saying, “It is a little unreasonable to expect us to solve the issue in 18 months… as the situation in Rakhine has been such since many decades and goes back to pre-colonial times. We have to decide how to differentiate terrorists from innocents. You in India would be well-versed with this.”

It is a chilling reminder of Islamic terror, which India has been battling for decades. Instead of protecting the anti-terror fraternity, the paragons of secular virtue argue that Rohingyas have the right to live in India permanently since a 1952 United Nations Convention states that a person or a group of persons are forced to move out “owing to well-founded fear of being persecuted for reasons of race, religion, nationality, and membership of a particular social group or political opinion.”

They argue that since Rohingyas are victims of Buddhist violence, they should be treated as refugees and not illegal immigrants. But when it comes to the plight of over a lakh Kashmiri Pandits (KPs), who fled pogroms from the Valley, loony liberals and their sponsors are conspicuous by their absence at pro-KP agitations, discussions and debates. However, they want India to begin a dialogue with death, and leave the traders of terror intact. In this context, it is bizarre that the welfare of 40,000 Rohingyas is more precious than the lives of over a billion Indians.

Unfortunately, some international agencies, which are infected by similar ideological bacteria, have criticised India’s plans to deport the Rohingyas. A statement attributed to the United Nations High Commissioner for Refugees advised, “India cannot carry out collective expulsions, or return people to a place where they risk torture or other serious violations.” However, Rajiv K Chander, Permanent Representative of India to the UN in Geneva, retorted: “Like many other nations, India is concerned about illegal migrants, in particular, with the possibility that they could pose security challenges. Enforcing the laws should not be mistaken for lack of compassion.”

The proponents of selective invocation of laws must realise that national security is not negotiable. The government must prove its legal neutrality by bringing illegal Rohingya immigrants under Indian law as envisaged by the Constitution, which guarantees the safety of ‘Socialist and Secular Republic of India’. 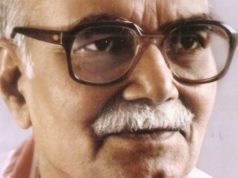 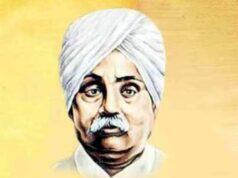