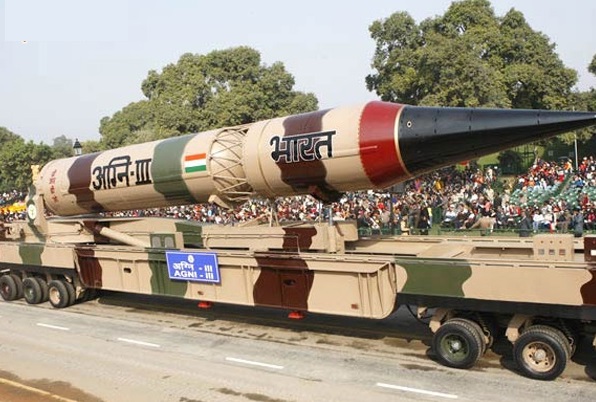 India on Thursday successfully test-fired the user trial of an indigenously built surface to air Agni-III intermediate range ballistic missile from the Abdul Kalam island off Odisha coast. It is a huge success for India’s point of view and will increase the strength of Indian security forces as it can hit China directly.

Notably, Agni-III is a medium range ballistic missile which can target up to 3000 km accurately. It was successfully tested at 0912 hours. The Strategic Forces Command with logistics support from Defence Research Development Organisation (DRDO) carried out the test from launch pad No. 4 of the Integrated Test Range of the Abdul Kalam island, earlier known as Wheeler Island, closed to Dhamra coast in Odisha in the Bay of Bengal.

According to sources, the test was aimed at re-establishing the operational effectiveness of the weapon system. Importantly, Agni-III is a rail mobile system capable missile and can be launched from anywhere giving the country intermediate range ballistic missile firepower and greatly extending its power projection in the region.

The Agni-III, capable of carrying both conventional and nuclear warheads weighing up to 1.5 tonnes, is 17 metres tall with a two-metre diameter and weighs about 48 tonnes. DRDO sources said, the sleek missile, already inducted into the armed forces in June 2011, is equipped with hybrid navigation, guidance and control systems along with an advanced on-board computer.

Interestingly, the missile features fuelled stages and with an overall diameter of 1.8 metres. This missile, with a strike range of over 3,000 km, is capable of engaging targets deeper inside China. It can re-enter the atmosphere at a very high velocity.

Agni-III is an intermediate-range ballistic missile developed by India as the successor to Agni-II. the missile’s Circular error probable (CEP) is within 40 meters range, which makes it the most sophisticated and accurate ballistic missile of its range class in the world.