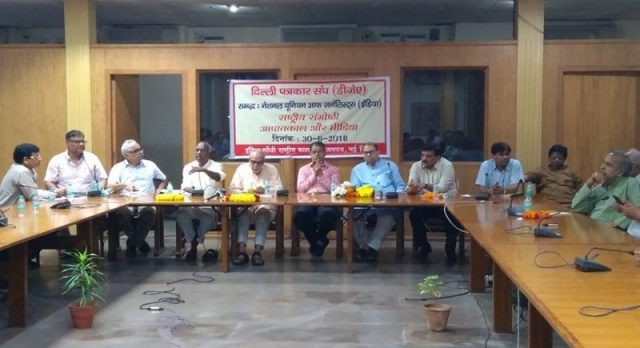 Addressing a gathering at a seminar on Emergency and Journalism in Delhi, noted thinker and social leader K N Govindacharya said that it was summarily wrong to say that the Rashtriya Swayamsevak Sangh (RSS) had compromised during that difficult period in the post-independent Indian democracy.

Rejecting this as more dangerous half-truth than the truth itself he said that majority amongst those who were incarcerated during the infamous emergency belonged to RSS and socialist background.

Some leaders say that the country at present is experiencing ‘emergency like situation’. But senior journalist Ram Bahadur Rai rejected this observation with these counters: “Whether the present government has snatched the right to life of the common people?” Whether their democratic rights were suspended? Or whether their freedom of expression was negated?”

Both, Govindacharya and Ram Bahadur Rai were actively associated with the students’ movements of the 70s and bore the brunt of the 1975 emergency for the 19 months. They were sharing their experiences in a seminar on Emergency and journalism organized by Delhi Journalists Association (DJA) which was attended by over 200 journalists and intellectuals.

Govindacharya said that 70 percent of those arrested during the emergency belonged to RSS while 30 percent came from socialist and other background… They were subjected to inhuman tortures and they did not know the reason for their arrest”. He said that the then RSS Sarsanghchalak Balasheb Deoras wa the ‘fatherly figure’ and he always cared for those innocent people and their family members. The allegation by the critics that RSS had compromised with the emergency and signed the 20-point program to secure their release was a half-truth and such half-truth is always dangerous than the truth, he added.

He further said that the political power of the day had sent a proposal that if the RSS remained neutral during the elections post emergency, the government would lift the ban on it. But Balasheb Deoras had rejected that proposal.

Rambahadur said that Indira Gandhi did not impose emergency to quell the agitation of Jaiprakash Narayan. She was more worried that the Allahabad High Court decision of nullifying her election on the corruption charges would erode her supremacy in the Congress party and she might have to face a revolt in the party making it difficult to retain her power as prime minister.

Taking those people who equate the present situation to that emergency, Rai said that such people are foolish. Quoting from Shivkant Shukla vs Government Jabalpur High Court and the Supreme Court, he said that the then government had divested the people of their fundamental right to life and freedom. Has the present government did such a thing; has the freedom of expression been withdrawn, Rai asked.

He said Justice Jaga Mohan Lal Sinha had made Indira Gandhi stand in the witness box for six hours during the deposition and that had scared her. After the decision came on June 12, 1975, the Congress started its rallies and appeal was filed in the vacation bench on June 20. Justice V R Krishna Aiyer had stayed the High Court decision but did not reject it.

Rai said that the Lok Sangharsh Samiti has announced their agitation program and on the night of June 25, without the approval of the Cabinet, the then President Fakruddin Ali Ahmed signed the decree of emergency. JP was arrested prior to declaration of emergency along with Chandrasekhar. Next day the cabinet meeting was called in the early morning and emergency was approved. The Prime Minister made the announcement on the AIR at 8 am on the day in her address to the nation and snatched away the fundamental right to life of the citizens.

Govindacharya said that with his active role in Bihar movement, a complaint was made to the then RSS Sarsanghchalak and he was asked to clarify in front of Balasheb Deoras. He was asked as to what he intended to achieve from this movement. Balasaheb had told him that if you jump in the fray unprepared he would have to face the arrest. But if a social controlling force is evolved through this movement then it would be successful.

But, Govindacharya confessed that the movement did not achieve this basic target however they succeeded in changing the government after the emergency. He said that today there is a need for such mass movements at different places in tune with the need to resolve the problems according to the requirements of the people. Basic transformations could be brought in with the participation of common masses.

Govindacharya said that the power has its own character and nature and special features. It has its own discrepancies too. The challenge today is how to build a mass movement to keep monopoly, authority, and corruption at bay from the power that be so that its extensive machinery and resources could be utilized in the best way for the uplift of the people and development of the country.

Senor Journalist Achyutananda Mishra spoke on the occasion. He said that the movement against emergency under the leadership of JP was peaceful and no violence was witnessed during the movement.

MCU VC Jagadish Upasane said that MCU will undertake research on journalism of the emergency. He was felicitated by DJA on this occasion. The speakers also recalled the contribution of newspapers like Motherland, Indian Express, Yugdharma and Tarun Bharat during the emergency days. 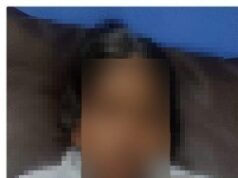 Tamil Nadu: Forced Conversion takes away the life of a 17yr girl student

Tamil Nadu: Forced Conversion takes away the life of a 17yr...